So, something huge is coming soon to TC Daily and you’re getting an exclusive sneak peek.

We’re announcing a milestone and introducing something new. If you want the tea before the rest of the party, join this waitlist and we’ll be in touch 🙂 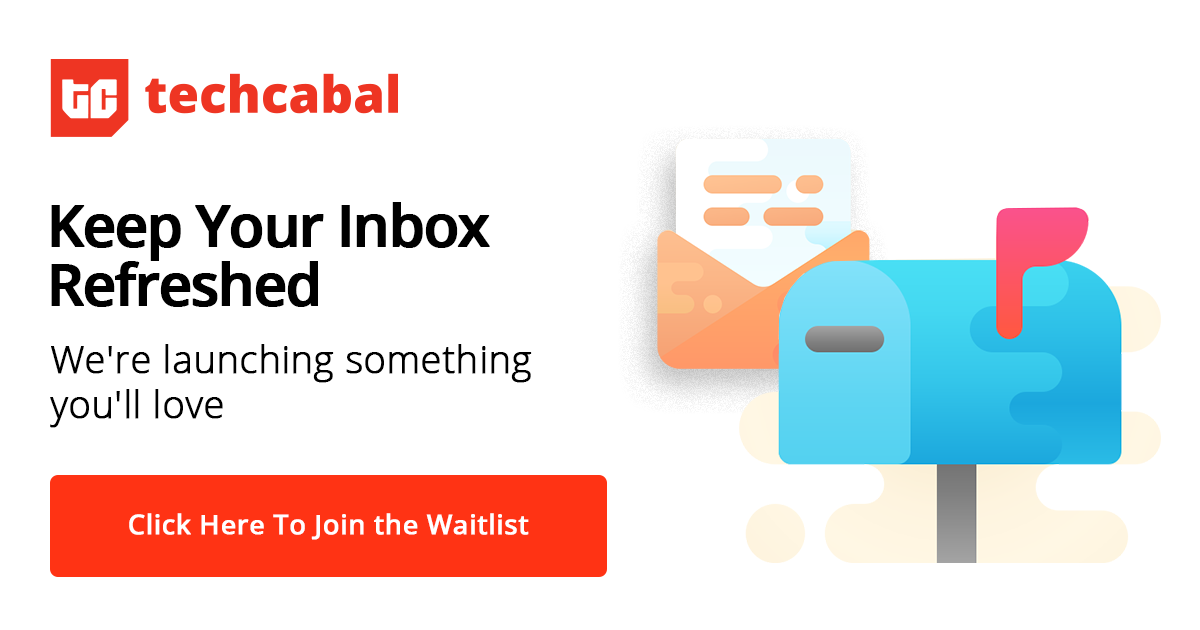 With Obelisk, participants—who were recruited via social media—were encouraged to make investments in order to buy bitcoin mining equipment which they could use to generate daily income.

After investing, participants were added to WhatsApp groups, and some reported receiving minimal returns from investments which prompted them to make bigger investments for the promise of bigger returns. The problem came when they tried—and failed—to withdraw the larger returns. When they confronted Obelisk admins, they were kicked out of the group and locked out of the system.

The NCC received 25 complaints from victims who lost about R750,000 ($41,500), but its preliminary investigation shows that there were over 4,000 participants spread across eight WhatsApp groups who lost R112 million ($6.1 million). It declared Obelisk a multiplication scheme and urged South Africans to beware of such schemes.

In 2021 alone, South Africa lost about R1.8 billion ($99 million) according to the Global State of Scams report.

The good news is that the South African government is moving to address these scams. Last Wednesday, the Financial Sector Conduct Authority (FSCA) announced that crypto assets in the country would be treated as financial products which will help authorities tackle fraud.

The FSCA also announced that starting next year, crypto platforms in the country will need to get licensed in order to continue operations. 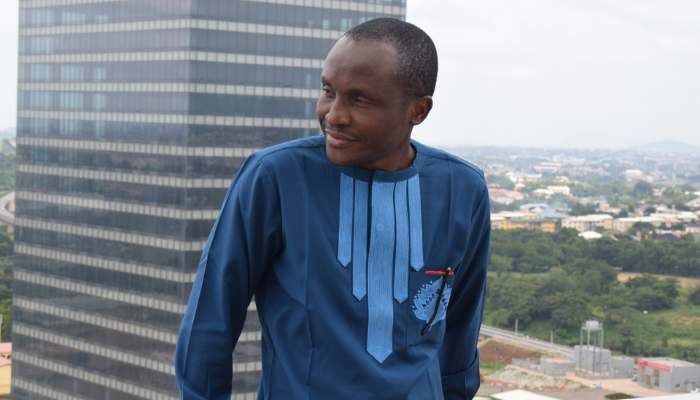 In 2020, Bolaji Akinboro, co-founder and head of Nigeria operations at Cellulant, was forced to resign from his role after accusations of misconduct were levied against him.

Akinboro oversaw operations of one of Cellulant’s products Agrikore, a marketplace that reportedly helped about 15 million farmers across Nigeria supply raw commodities.

During a compliance review of Agrikore, Cellulant discovered that 14 staff members at Agrikore had inappropriately transferred funds from Agrikore wallets. Cellulant shut down Agrikore and laid off 35 staff members related to the misconduct and what it described as “unprofessionalism on Agrikore.”

In a statement released later, Cellulant also claimed that Akinboro took responsibility for the compliance issues and resigned from all management positions in Cellulant.

In 2021, however, Akinboro levied a $10 million lawsuit against Cellulant for malicious professional libel, breach of due process, evidence tampering and witness suppression. Another unnamed employee who also sued Cellulant for ₦529 million ($1.2 million) for wrongful termination claimed that the company failed to follow due process during the termination of the 35 staff members. The employee in question was fired before Cellulant completed its audit.

Other employees also alleged that the company was more eager to terminate their employment and bury Agrikore than it was to resolve a compliance issue on an important product.

In response, Cellulant said all of the allegations by the sacked employees were “false and unfounded.”

It appears the allegations weren’t unfounded after all.

After two years of litigation, Cellulant arrived at an out-of-court settlement with Akinboro and cleared him of all allegations of financial misconduct and personal improprieties.

“I acknowledge and commend the courage demonstrated by the Board of Cellulant in publicly setting the record straight on all questions and aspersions that have arisen in the past two years regarding my exit from Cellulant, and putting to rest any notion of wrongdoings from my part,” said Akinboro.

Visit send.flutterwave.com and do it now!

STARLINK GETS APPROVED IN MALAWI 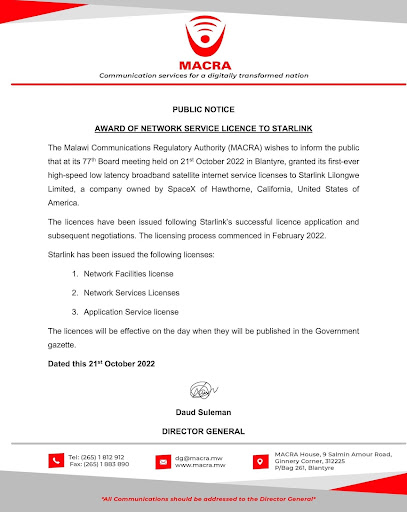 The Malawian government recently followed suit. Last week, the director general of the Malawi Communications Regulatory Authority (MACRA), Duad Suleman, announced that Starlink has licences to operate in the country. The service now has a network facilities licence, a network services licence, and an application service licence in Malawi.

This comes seven months after MACRA executives met with Starlink representatives at the World Mobile Congress (WMC) in Barcelona in February 2022.

Does this mean Starlink is coming to Malawi?

Nope. At least not anytime soon.

In May this year, both Nigeria and Mozambique announced that Starlink had received operational licenses. In Nigeria, the service was scheduled to launch in August 2022; it’s October now and Nigeria is yet to see hide nor hair of Starlink.

According to the Starlink availability map, the service is neither available in any African country nor on the waitlist. The whole continent is designated as “coming soon”.

Malawi might have given Starlink the go-ahead, but it’s going to take some time before the satellite shines its light on the continent.

With rising inflation rates in Nigeria, telcos are looking to pass their rising operational costs to their consumers.

Earlier this month, MTN and Airtel increased some internet data prices by at least 10%.