It’s been more than 2 weeks since Ethereum’s Merge happened. However, the hype that existed before the event died down soon, with the event followed by disinterest in the cryptocurrency. Glassnode recently confirmed this outcome after observing a sustained drop in ETH Open Interest in perpetual Futures contracts.

The amount of ETH Open Interest in perpetual Futures contracts recently dropped to its lowest level in 4 weeks. This seemed to be a sign of dwindling demand from the derivatives market, one which usually reflects outcomes in the spot market.

For example, the amount out of exchanges has slowed down significantly over the last few weeks, with the same now at a 6-month low. Exchange withdrawing addresses have particularly tanked since the end of September.

The aforementioned observation confirms that sell pressure is also low and this explains ETH’s price action. The latter has been sideways for the last few days, as we shall observe later. In the meantime, the observation also means investors, especially whales, are sitting on the sidelines. 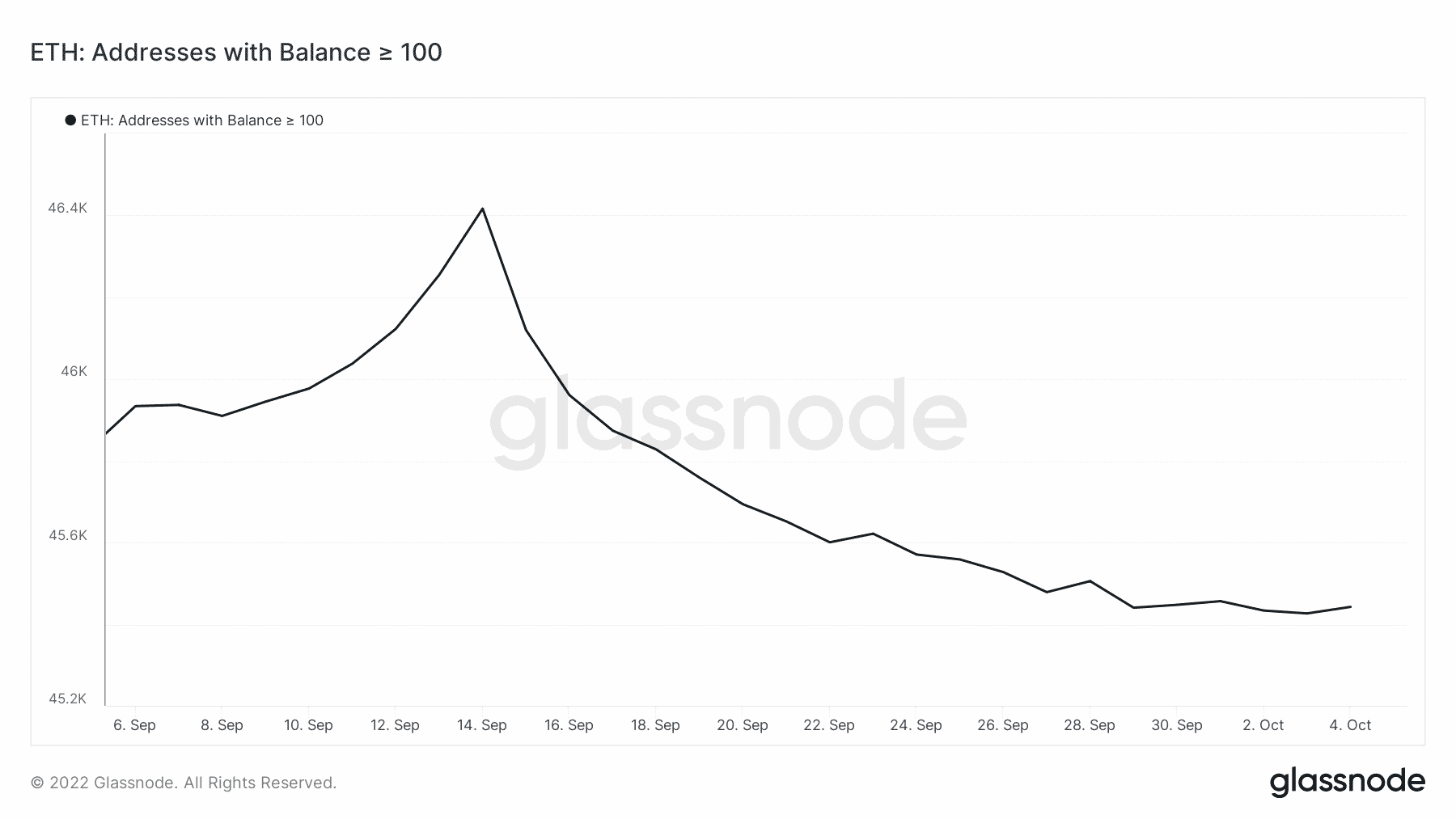 ETH addresses holding more than 100 ETH (whales) have been offloading their holdings since mid-September. Their outflows have tapered out in the last few days, explaining the recently observed decline in volumes and price movements.

The tapering outflows from whale addresses may suggest that ETH is about to usher in the bulls. Also, active addresses dropped to their lowest level on 3 October, but have increased slightly since. 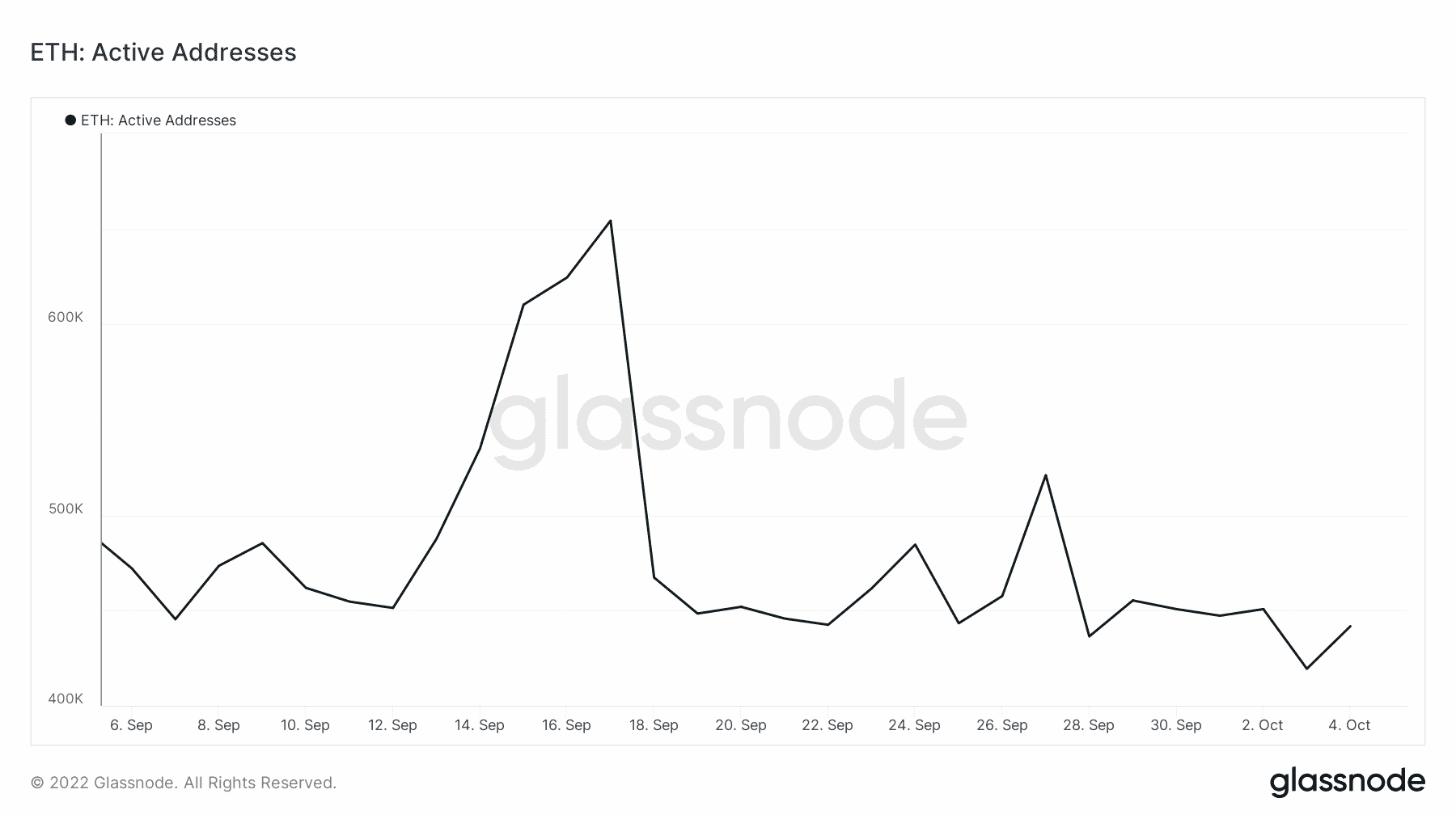 This pivot in the number of active addresses might be a healthy indication that ETH demand is about to recover.

ETH has struggled to reclaim the $1400-price level since the last week of September. This, after coming off the sell pressure that has persisted since the Merge. This performance likely reflects a cautious outlook as investors sit on the sidelines to assess the post-Merge performance. Perhaps, due to the expectations of a deeper sell-off in case the Ethereum network experiences some challenges in its new state.

The Ethereum network has not reported any issues so far and the post-Merge sell pressure has flattened out. Perhaps these conditions may aid the return of investor confidence.


Read More: Ethereum [ETH]: This is the silver lining to its post-Merge performance

Crypto.com is latest exchange to publish ‘proof-of-reserves’ page, as…

Secure Your Crypto: Is the current generation of hardware wallets enough?

Coinweb to Participate in the Benzinga Future of Crypto Conference, Dec 7 in NYC