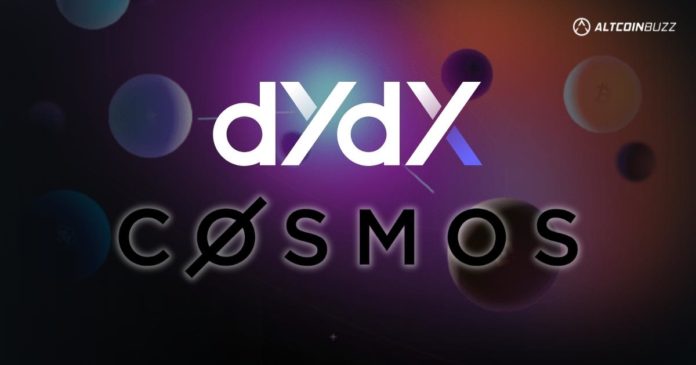 On June 22, 2022, dYdX, a popular derivatives exchange, announced that it will be setting up its own chain in the Cosmos ecosystem. This will be part of dYdX’s V4 update, currently due for release by end of 2022. Today, we look at what this chain migration means for Cosmos and its ecosystem. Also, we review its standing in the interoperability space.

Now, before we delve deeper, let us first look at what dYdX is.

To recap, dYdX is a decentralized exchange (DEX) with almost $1 billion in daily trading volume over the last 24 hours. Currently, dYdX V3 is operational on StarkNet, a Layer 2 solution on Ethereum. It features an order book design for its trading products, such as:

Now, you may be thinking of Celsius as they also offer lending and borrowing for crypto users. Yet, they are inherently different. In terms of platform design, dYdX is decentralized whilst Celsius is centralized. What this means is the funds which you deposit into dYdX cannot be controlled by the dYdX team themselves. Simply put, there is no centralized control of a user’s funds on dYdX. The opposite would be true for Celsius.

Why Cosmos and Not StarkNet/Ethereum?

So, why did the dYdX team choose to build their upcoming V4 DEX on Cosmos? There are three key reasons as quoted below by Antonio Juliano, the founder of dYdX:

How does Cosmos provide dYdX the above advantages? It all boils down to customization of the blockchain and the validator’s scope of work.

An example of adapting the validator’s scope of work would be dYdX’s off-chain order book. On dYdX V4, the order book that each validator stores is off-chain. Changes to the order book are made through transactions on-chain. Also, matching trades will be executed and settled on-chain. This allows for greater throughput, as compared to having an on-chain order book. For dYdX’s users, this translates to lower gas fees and a more seamless trading experience.

For more information on why the dYdX team decided on migrating to Cosmos, you can refer to their blog post here as well as the tweet below.

Yesterday @dYdX announced their decision to spin up their own chain using the Cosmos SDK, which immediately made the #Cosmos hashtag trending on Twitter everywhere

In this thread, I cover what is DyDx, their decision and the massive impact for both Cosmos & Ethereum roll-ups 🧵

As dYdX prepares for its V4 launch, what does this mean for its users? Well firstly, $ETH will no longer be the gas token to use dYdX. Now, the $dYdX token will be used as the Layer 1 gas token instead. Secondly, users will get to use Cosmo’s inter-blockchain communication protocol (IBC). This allows users on dYdX to enjoy its new cross-chain capabilities.

So far, we’ve looked at the benefits to dYdX and its users for migrating to Cosmos. Yet, it does seem likely that more projects could be following dYdX’s footsteps. If a migratory trend is developing, then what does it mean for Cosmos?

Indeed, it all seems good and well for both dYdX and its users. But, does the Cosmos ecosystem also stand to gain with more incoming migrations? The answer is a resounding yes. Here are two main reasons why:

Currently, the Cosmos network houses a wide array of existing blockchains and dApps. As more blockchains migrate to Cosmos, these existing projects stand to benefit. This is because each migrating blockchain brings with them their current user base. With this, said users will then have easy access to all projects on Cosmos via IBC.

Yet, one particular blockchain on Cosmos seems to be bearing the brunt of this migration trend. This would be the Terra 2.0 chain. In case you haven’t heard about what happened to Terra’s original ecosystem, you can refer to our previous research here.

As Terra’s ecosystem crumbled, many teams were unable to continue building or attracting users. Terra 1.0 has simply become a dead chain. Instead of opting to build on Terra’s new 2.0 chain, many chose to emulate dYdX’s migration. In other words, they opted to build their own sovereign chain on Cosmos network, rather than build a dApp on Terra 2.0.

This did not bode well for Terra’s 2.0 chain. Talented teams of dApp builders are being drained from Terra 2.0 to the Cosmos network. With less talent, Terra 2.0 is unlikely to attract more TVL. These teams include:

If #Cosmos was a European football league, it’s safe to say it just had its biggest transfer season ever

A recap of the confirmed migrations and why it matters 🧵

If such dApps are already compatible with Terra’s chain, then why is there a need to build a sovereign chain on Cosmos? In this case, their reasons for migration differ slightly from dYdX’s. Let’s look at them below:

It does seem clear that more projects would soon be joining the Cosmos network. However, Cosmos does have some notable competitors. Lets do a quick comparison below: 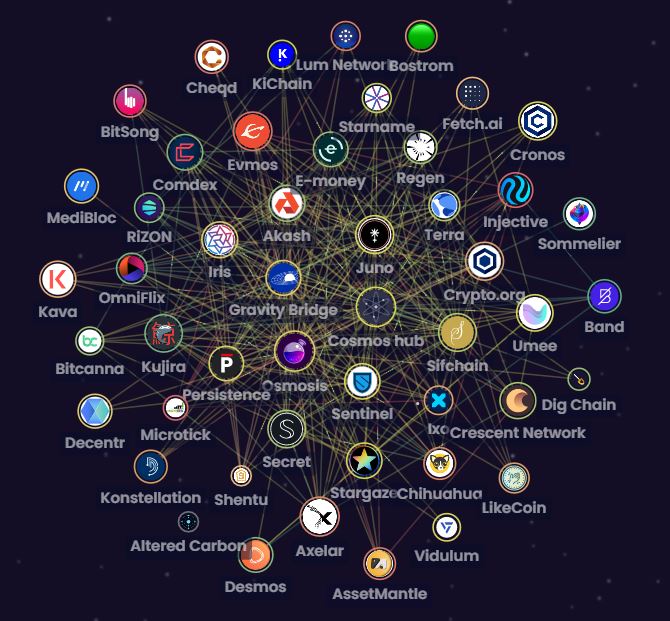 Judging from the number of projects deployed, it’s clear that Cosmos is ahead of its competitors. Also, its IBC is developed and functional. As of the last 30 days, IBC transfer volumes have reached almost $330 million.

To summarize, Cosmos’ future seems bright. As they attract more migrating projects, Cosmos will continue to lead the interoperability space.

⬆️ Now as a crypto investor, it is up to you to look for opportunities on Cosmos. On our end, we’ve already identified a few gems on their ecosystem. If you’d like to learn more about our research methodologies and gem picks, check us out at Altcoin Buzz Access.

What’s the Best Cryptocurrency to Invest In Right Now? | The Motley Fool

Want to invest in a VC fund? All you need is 500 bucks and a stomach for risk