Forget June’s crypto crash, this is the event to watch in digital assets this year 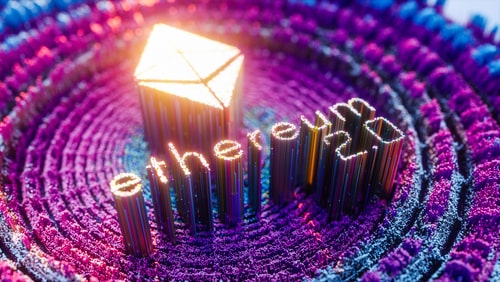 (Kitco News) With the crypto market dramatically crashing in June, one major event has been relegated to the background. Yet, it’s the one to watch this year as it could send massive ripple effects throughout the crypto space and even end the crypto winter, according to analysts.

The big event is the Ethereum Merge. But before getting to why it can trigger a massive surge in prices and why many refer to it as the “triple halving,” here are the basics that you need to know.

What is the Merge?

The Merge will see Ethereum transition to the more energy-efficient proof-of-stake protocol from the energy-intensive proof-of-work protocol, which Bitcoin also uses. The energy consumption post-Merge will drop by 99.5%, and the issuance of new ETH tokens will be cut by about 90%, with many analysts projecting the price of Ethereum to surge.

Proof-of-work uses computers to mine Ethereum by solving complex puzzles. The first to complete the calculation gets to create a new block (a group of transactions). Afterward, miners are rewarded with tokens for their energy usage.

With the proof-of-stake protocol, miners are no longer needed. Instead, people would stake their coins to be validators and to check new transactions before adding them to the blockchain. Individuals would be chosen based on the number of staked tokens they have. Like miners, the holders of staked tokens will get rewarded with Ethereum by the network.

Ethereum already has the new proof-of-stake mechanism running simultaneously on the Beacon Chain. The Merge refers to the event when Ethereum’s two chains will come together, ending the original proof-of-work consensus protocol.

Why is the Merge needed?

As Ethereum’s popularity rose and it became the world’s second-largest cryptocurrency, with a market cap of $145 billion, the network started to show signs of congestion and its gas fees began to climb, making it more expensive to use. At one point, Ethereum’s gas fee rose as high as $500 per transaction.

Post-transition, Ethereum will also be much more environmentally friendly, likely gaining the favor of big institutional players who care about the ESG side of things.

Why so many delays?

The work on the Merge began several years ago, and it got postponed many times due to the complexity of the upgrade. The latest forecasts have the Merge happening at some point in the third quarter of this year, according to Ethereum’s developers.

The latest delays with the Merge came from the so-called difficulty bomb, a code within the Ethereum network that is meant to increase the computing difficulty for mining. The code is designed to gradually kick miners off the blockchain by making it more costly to mine.

Earlier, Ethereum’s co-founder Vitalik Buterin signaled that the Merge could happen in August if there were no significant issues.

Why will Ethereum’s price skyrocket?

Many refer to Ethereum’s Merge as the “triple halving” because the issuance of ETH tokens gets cut drastically — by almost 90%, IDX Digital Assets founder and CIO Ben McMillan told Kitco News.

“It’s simply the supply and demand economics that could end up being a very robust price catalyst,” McMillan said. “The upcoming Merge is a crucial turning point for Ethereum. It is a much-needed upgrade to the system that will make it more scalable, secure, and ultimately deflationary in terms of issuance.”

The reason why issuance will be cut so drastically is the burning mechanism that ensures more Ethereum is burned per day in transaction fees than the number of new tokens created as a reward for staking, Messari senior research analyst Tom Dunleavy told Kitco News.

The Merge will also be very price-positive for Ethereum because it will take away the selling pressure coming from the miners. Ethereum miners often sell their mined tokens to cover their costs. Following the Merge, this selling pressure will no longer exist.

“Every day, these miners sell between $20 to $30 million worth of Ethereum. That is a lot of money considering Ethereum’s market cap. You’re eliminating those flows once you transition from proof-of-work to proof-of-stake,” Dunleavy pointed out.

Ethereum could jump to $3,500 or even higher post-Merge, McMillan noted, adding that some of the risk appetite would have to return to the crypto space for that to happen.

“A lot hinges on the macroeconomic environment. If we started to see appetite return for risk assets among institutional investors, which I think could happen as early as September, I wouldn’t be the least bit surprised if you saw Ethereum at mid-$3,000 or even potentially higher this year. That assumes that the Merge goes well.” 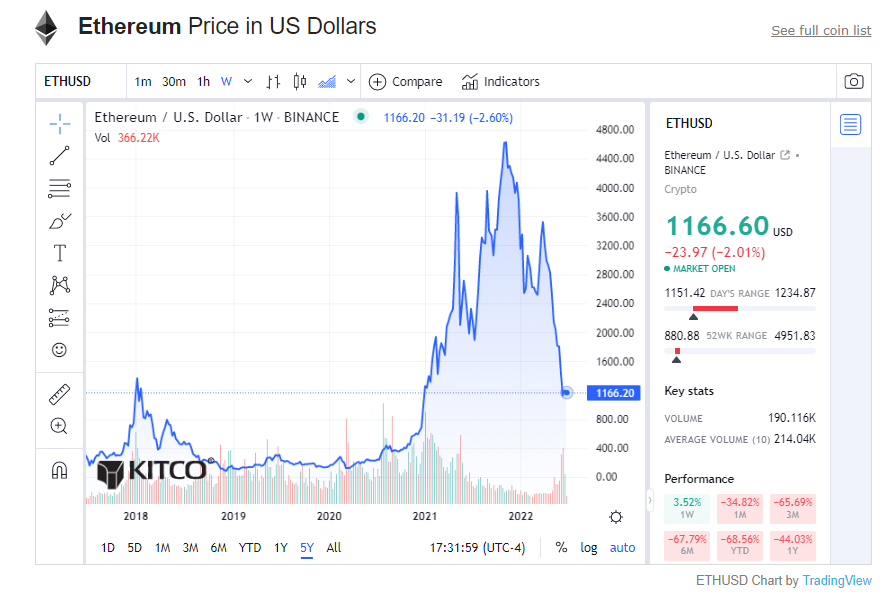 And what about the rest of the crypto market?

The impact of the Merge won’t end with just Ethereum, as the whole space will get wrapped up in this. “Some people are pointing to Ethereum Merge as a potential upward price catalyst for not just Ethereum, but digital assets in general,” McMillan explained.

Ethereum has always been important to the crypto ecosystem because it uses smart contracts, which enable developers to build different apps on the blockchain. “That was something that was always lacking from Bitcoin. Smart contracts really crystallized the disruptive nature of this technology,” McMillan said.

But as things like NFTs (non-fungible tokens) started to gain popularity, Ethereum’s gas fees started to climb, and other Layer 1s blockchains were developed to compete with Ethereum, such as Avalanche and Solana. “Ethereum started losing market share to these other blockchains that were prioritizing scalability over decentralization,” he added.

With the Merge, Ethereum could begin to thwart competition by becoming much more scalable and cheaper to use, Ledn co-founder and CSO Mauricio Di Bartolomeo told Kitco News.

“If successful, the Merge will put a huge cloud on many of the proof-of-stake Layer 1 competing chains. Many have been competing with Ethereum on the premise of being faster or cheaper to use. And when the Merge happens, that stops being necessarily true. One could argue that there is no point in holding these alternative Layer 1s anymore,” Di Bartolomeo stated.

With the overall crypto market cap falling below $1 trillion in June, many investors have also been trying to guess where the bottom is and when Bitcoin and Ethereum could decouple from risk-on assets.

Decoupling is potentially not that far off, especially for Ethereum, Dunleavy told Kitco News. And the Merge plays a critical part in that. “What decouples equities and crypto? It’s one of two things. Either Bitcoin moves to be a full gold 2.0 store-of-value asset or Ethereum becomes a world-computer asset,” Dunleavy said.

For Ethereum, this decoupling could come with the Merge as yields for just holding or staking Ethereum could be between 8% and 12%, said Dunleavy.

“If you’re just thinking of Ethereum as sort of a quasi bond, the 8%-12% yield is important. The move from miners to stakers reduces energy consumption. So not only is it a bond, but it’s a green bond. Coming from someone who used to advise institutions, ESG is front and center right now. Those two things alone will make it hugely attractive to investors, potentially increasing demand,” the analyst said.

This is why Dunleavy sees Ethereum outpacing Bitcoin this year and for years to come. He sees Bitcoin eventually reaching gold’s market cap of about $12 trillion. But for Ethereum, the potential is a lot higher.

“With Ethereum as the world’s computer — having the ability to execute any smart contract — the actual market cap is potentially orders of magnitude higher than that of Bitcoin,” he said. “With Ethereum, people bring the analogy to the internet. It is because we didn’t know what the internet was when it first came out. That’s sort of what Ethereum is.”

Ethereum to take over other chains?

Some even believe that with the Merge, Ethereum could potentially gobble up all other chains and become the primary network in the crypto space.

“We don’t have a multi-operating system future. We don’t have 20 different networking standards. If you were to go back 30 years, the internet protocol was for connecting different kinds of networks. Today, there are no different kinds of networks. It’s just the internet,” Ernst & Young Global’s blockchain leader Paul Brody told Kitco News. “All the development and engineering work is happening in the Ethereum ecosystem. And even though Bitcoin seems to be doing well, I’d be worried about the long-term future.”

“If you’re trying to build a business, you want to build and deploy your business into the ecosystem that has the most cash and the most liquidity and the most investors,” he said. “Ethereum is a network that has an incredible developer community. It’s got an extraordinary level of institutional and operational maturity. It does not have the fanciest features. But over time, it will accumulate them in the same way that big technology ecosystems take on cool ideas from startups.”

Despite loud optimism, there is still…

Read More: Forget June’s crypto crash, this is the event to watch in digital assets this year

Terra Luna Classic Price Prediction – Can LUNC Hit $10 in the Next Bull Market?