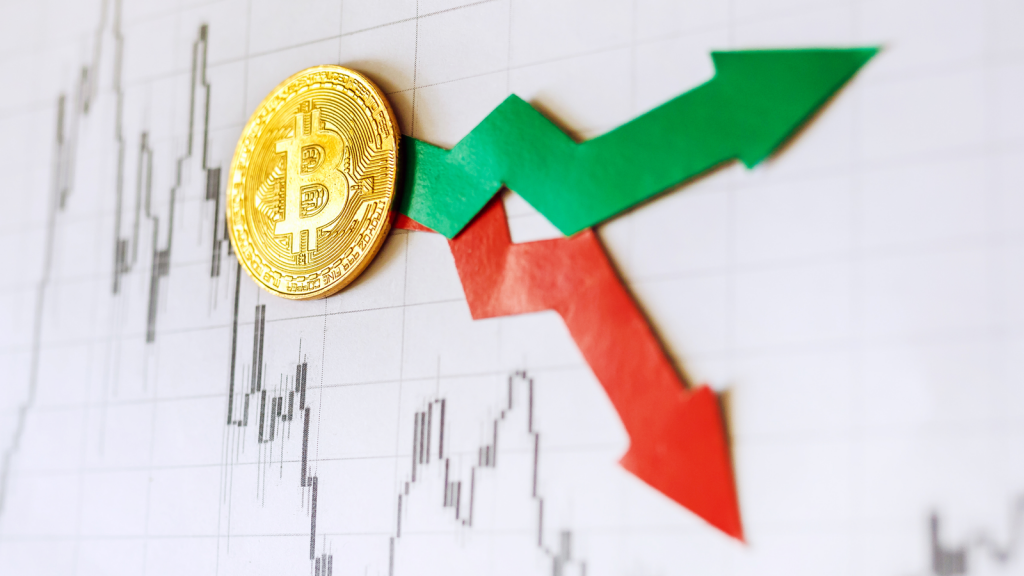 The controversy for Riot (NASDAQ:RIOT) started early. More than four years ago they changed their name to include the Blockchain tag. This was surprising to Wall Street, and experts lashed out at that. RIOT stock took a 560% moonshot. Sadly, it then collapsed 99% to 60 cents. Normal stocks would have just died right then, but RIOT decided it could do an encore. And in January of 2021 it did.

The second rally even outdid the first one by more than a double. But that also ended in a fiery 70% crash within two months, and 84% in 12. Riot is still trying to recover from this. In the last two weeks RIOT stock came within inches of that low again. Clearly, these bulls know how to party, which makes it dangerous for most investors. This doesn’t preclude it from the watch list, but it must be a speculative setup.

The discussion for RIOT stock must also include the consideration of the Bitcoin (BTC-USD) price action. After all the company name now officially has the word “blockchain” in it. As wild as it may seem to the general public, BTC-USD has been relatively predictable. The charts almost always warn of the potential big swings. For months the dangers of losing the $46k range were obvious, then it happened. BTC-USD fell through the crack and bounced at $33k. It is now trying showing an effort to regain and hold $46k. But the bears could still be in charge.

There Is Downside Pressure on RIOT Stock 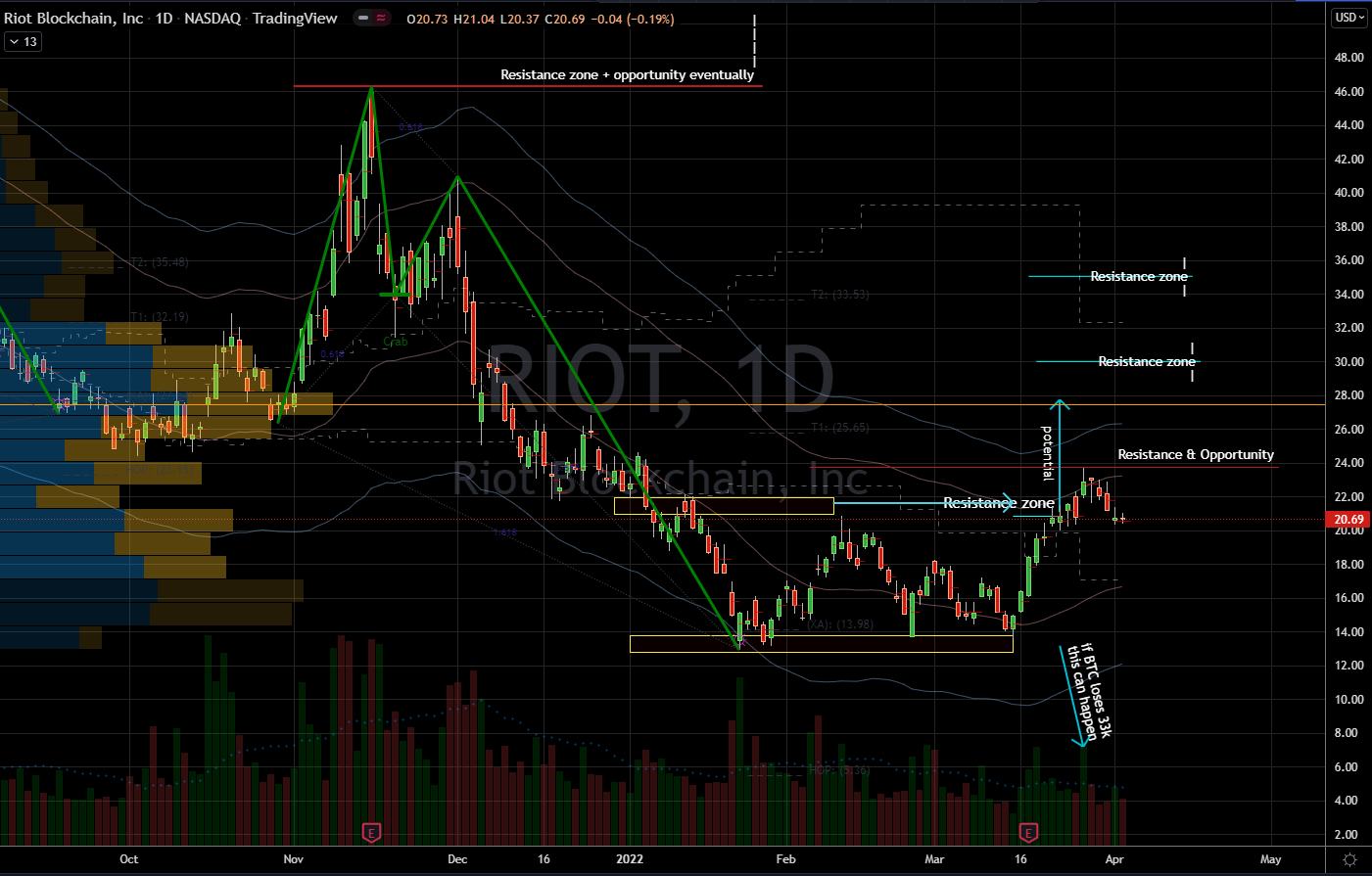 Therefore, it is likely that the downside pressure will linger on the all crypto and their stocks. This also translates into bearish bias in RIOT. For the next few weeks, I expect sellers to be lurking above current prices. Rallies will not come easy and the bears will fight hard. There is resistance at $25 per share, and more of it $2 above that. The zone has been pivotal for a long while.

About a year ago, RIOT soared to $80 per share but then almost immediately gave it all up. Since then it has been trading in a wide range between $21 and $40 per share. I expect these wild swings to continue for as long as it tracks crypto prices. The whole sector carries a lot of momentum, and I don’t anticipate that ends soon.

Eventually it might taper off, but until then investors in RIOT stock must have one of two things. First, a long time horizon, so they can stomach seeing their investments swing wildly in value. Or second, the ability to trade around these peaks and valleys. Meanwhile, the volatility provides ample short-term trading opportunities for profit.

For example recent dips below $15 per share have been opportunities to get long. Conversely and since about a year ago, rallies above $36 were reasons to fade RIOT. The most immediate hurdle ahead is at $24 per share. Taking that out would then catalyst buyers to extend the rally $7 from there. The idea is to buy the dip and sell the rip until one edge gives way. Then the chase would be on in that direction. Don’t expect to be perfect with it, since they don’t ring bells. I was fortunate enough to be long it before the mega-breakout in 2021. Back then, I most definitely left money on the table by booking it too early.

The RIOT fundamentals are unusual to say the least. They are in the business of mining for a controversial asset. For that reason I wouldn’t even try to use traditional metrics on it. According to Yahoo Finance, the experts who track it love it. They are unanimous at expecting upside, and their average price target is double its current value.

I think it’s even simpler than they make it out to be: If Bitcoin rises, RIOT will follow. There are also a few external factors like the geopolitical threats to world peace. The Federal Reserve is also threatening to break the economic momentum this year.

So, just keep it simple and be smart if you’re interested in buying into RIOT stock.

On the date of publication, Nicolas Chahine did not have (either directly or indirectly) any positions in the securities mentioned in this article. The opinions expressed in this article are those of the writer, subject to the InvestorPlace.com Publishing Guidelines.

Nicolas Chahine is the managing director of SellSpreads.com.

Twitter debates the role of renewable energy in Bitcoin mining

Want to invest in a VC fund? All you need is 500 bucks and a stomach for risk