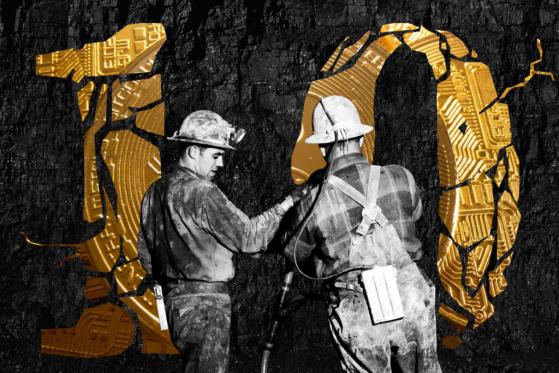 Compared to a decade ago, the concept of mining is no longer alien in the crypto space, or even the broader proportion of global crypto holders, which, according to a recent report, has now surpassed 300 million.

With each passing day, more people are becoming acquainted with how blockchain technology and, by extension, cryptocurrency works. Unlike a few years ago, people now understand what cryptomining truly means and entails.

Of course, cryptomining does not work in the same way as mining for mineral resources like gold, iron, diamonds, oil and so on.

On the contrary, cryptomining is essentially a process that involves a network of miners (otherwise referred to as nodes) working independently, but collectively to the same end, to ensure that new crypto assets such as Bitcoin (BTC), (ETH), etc, can enter circulation.

You may be wondering whether these groups of miners pick up these new crypto assets from a database in order to then dump them in circulation. Well, that’s not quite how cryptomining works; there are a lot of interlinked technical aspects to cryptomining. Let’s quickly break it down into four simple concepts that are easy to comprehend;

As a result of the growing interest in the crypto space, more and more people are seeking out guides on how to participate in cryptomining activities. More specifically, Bitcoin, being the most valuable crypto asset, has drawn a good deal more attention, and has become a prime destination for most newbies wading into the cryptomining business.

That said, one of the easiest routes to becoming a miner is by joining an existing community of crypto miners. However, in order to do so, prospective miners must first obtain some form of dedicated cryptomining software specifically designed to solve complicated, cryptographic, mathematical equations.

Before we go on to outline the top 10 bitcoin mining software options to consider this year, it is important to note that, alongside these software requirements for cryptomining, there are also the necessary hardware components to consider.

Usually, there are three major avenues when it comes to the hardware required to facilitate cryptomining. The first a CPU chipset, and this can be found in your regular home computers, mobile devices such as smartphones, and tablets. The second category is GPUs (graphics processing unit) which are typically prominent in gaming devices. The third is a piece of hardware specifically dedicated to cryptomining known as ‘Application-Specific Integrated Circuit’ (ASIC) miner.

While CPU requirements have become almost unbearable for mining most cryptocurrencies, due to the increasing difficulty levels as well as the relatively low computational output, GPU and ASIC hardware has risen to become a generally more productive alternative. Regardless, the CPU route offers a relatively low barrier to entry, as well as easy access to tap into the mining pool. With hardware now covered, let’s examine the top cryptomining software options to consider in 2022.

The Top 10 Bitcoin Mining Software Options to Consider in 2022

Minerstat is compatible with any operating system available on desktop and mobile devices, due to the fact that it operates through its own dedicated mining OS. Likewise, the mining software further supports a long list of mining hardware for end users to choose from, and integrate with the platform’s dedicated mining OS.

In addition to being mining software, Minerstat also doubles as monitoring and management software, which means that it also boasts automated solutions for professional cryptominers. Ultimately, given its easy-to-navigate interface/dashboard, and professional mining management system, Minerstat remains a perfect bargain for a wide category of miners.

Although this particular mining software option is more suitable for CPU mobile miners, given its compatibility with iOS and Android OS, the platform also offers third-party support for ASIC and GPU miners.

While this option might not be the best for experienced miners, it does offer some attractive benefits to entry-level miners who are able tap into a pool of over 40 cryptocurrencies based on the proof-of-work network, including Bitcoin (BTC).

As one of the oldest pieces of mining software, having launched back in 2013, F2Pool offers a highly decentralized infrastructure, as well as one of the most rewarding mining systems available to newbies.

In other words, the platform enables users to earn Bitcoin by simply selling the idle computational power of their CPUs, GPUs, and ASICs to other miners who may put it to more active use.

While the leading cryptocurrency mining platform also doubles as an open marketplace, it connects buyers and sellers of hashing power using a sharing economy approach.

Another benefit of NiceHash is its ability to use third-party equipment to auto-switch between different algorithms, implying that it can be left to operate either automatically or manually through the use of the ‘Manual selection’ tool. Other prominent features of NiceHash include Autotune, memory timing, auto-recovery mode, an automatic location switcher, and so much more.

In addition to its seamless and user-friendly website, NiceHash offers one of the best reward systems for beginners, especially those focused on Bitcoin mining as incentives are paid in BTC. Moreover, the software offers a short term payout that allows end-users to withdraw every four hours; this becomes even more beneficial for those intending to withdraw profits on a monthly basis.

With over 5.33 million miners spread across the globe, MinerGate provides one of the easiest mining services to utilize with at least 99.7% uptime and suitable terms of service, especially for beginners.

Some of the best features of MinerGate include ‘smart miner’, which allows the system to automine various cryptocurrencies with the highest exchange rate during a trade window. There is also a merged mining feature that enables the simultaneous mining of two coins based on the same CryptoNote algorithm. This, according to the official website of MinerGate, represents the first of its kind in the emerging industry.

Lastly, the mining platform offers an affiliate service through which users can invite their friends to participate in the mining pool, and thereby receive up to 65% of profit, depending on their affiliation status (i.e ‘beginner’, ‘intermediate’, or ‘profi’).

Unlike a lot of other mining software options, GMiners operates on a cloud mining service, and prides itself as the “best bitcoin cloud mining platform.” The reason this is so unique is that end-users need not necessarily set up a sophisticated mining rig in order to be able to mine.

All a GMiner needs to do to mine efficiently is follow these three major steps: rent a miner in the remote Data Сenter, purchase hash power, and buy a subscription.

By paying a minimum deposit fee of $150 for a contract, miners receive cover for hardware services, electricity bills, staff salaries, operating costs, and many other essential charges that may be incurred through mining activities.

Ultimately, GMiners seeks to disrupt the cryptomining norms that have been in place for the past year, aiming to replace the existing resource-intensive cryptomining approach with cloud-based alternatives.

The typical mining technique used necessitates the use of complex computers as well as the technical know-how to operate a mining facility, which is not always cost-effective, particularly for beginners and small-scale miners.

CoTrader (COT) Do the Risks Outweigh the Rewards Saturday?

Assembling a crypto mining rig for beginners – Where to start?

LAD Brings the Bang Back to That Old Gaming Rig

Explained: Merged mining and how it works

Mining $140 worth of bitcoin a month: A miner explains how he started by using his…

Altcoins to Lookout For, Amid the Low Volatile Market Conditions

Apple’s New Encryption Policy Is a Huge Boon for Crypto

Secure Your Crypto: Is the current generation of hardware wallets…